Best Books I Read and Reviewed in 2018

In 2018 I’ve probably read at least 200 novels from cover to cover . A few I decided not to finish. Many were entertaining but not outstanding. Some were excellent, but I didn’t have time to review them. Here are the books that had the deepest impact on me in 2018 with links to their reviews:

These are the books I’ve read during the first four days of 2019. I will include some brief thoughts on each.

Until Now by Cristin Cooper

Billy met Bridget when she came into the diner he had unwillingly inherited. She was pregnant at 16 and homeless. She was hungry for the love her father never gave, and he kicked her out when he discovered she was pregnant. The college boy who seduced her thinking she was over 18 was not ready for marriage and told her to get an abortion. She had refused. It was in this situation she sought a warm place and a bit of food in Billy’s diner.

Billy was also lonely and unhappy, searching for love in the wrong way. He, too, had been rejected by one he thought loved him. Once Billy and the waitress Diane were aware of Bridget’s situation, they took her in and gave her work and a place to live above the diner. She raises her daughter Katie there and never marries. Billy hasn’t married any of his women friends, either. He wants to marry Bridget and she wants to marry him, but both are afraid to confess their love so they keep their relationship platonic. They center their attention on raising Katie, the one who brought them together.

The book opens on the day Katie is about to leave for college. Both Bridget and Billy wonder what will happen to their friendship then. The book jumps back and forth between time periods and relationships that both Bridget and Billy have as Katie grows up.  I found the book engaging, but like most romances, a bit unrealistic. The ending, however, satisfied me.

Written by Thomas Fincham (a pseudonym for Mobashar Qureshi,  this is #2 in the Hyder Ali Series I started in 2014 with The Silent Reporter.  The Rogue Reporter has many of the same characters, and I couldn’t put either book down. Fincham uses many of the same techniques he did in the first book. You can read my review of The Silent Reporter here. If you like suspense this author will keep you turning the pages.

Although I couldn’t stop reading this book, I had a tough time with a couple of torture scenes. They were brief, but it was hard to get through them. I don’t remember such scenes in the first book and I’m hoping the next books won’t have more than the normal violence and suspense you would expect to find in a detective novel. As I write this, the entire series is available in Kindle Unlimited where you can read it for free. You could probably finish it during the free trial period.

Eleventh Street: A Story of Redemption by Steven K Bowling

We first meet Lucas as he fights the Japanese Imperial Army and reminisces about the attack on Pearl Harbor he survived. We continue to see him fighting for his life in battlefield after battlefield throughout World War Two as he experiences the continual horrors of war. He had prayed plenty of genuine foxhole prayers, but after leaving the service he didn’t even go to church.

His older sister had married the brother of their church’s pastor, Buck Johnson, who simply called himself Pastor. As jobs got scarce in Kentucky, Pastor and most of those in his church, including Lucas’ other surviving siblings, moved to Hamilton Ohio to find work in the steel mills. Pastor converted the East Side Dance Hall into a church.

When he went to war, Lucas had left Maggie, the girl he loved, behind. She would not date him because she wanted to marry a God-fearing man and he didn’t appear to be one. When he returned to Hamilton, he sought Saturday night amusement at the East Side Dance Hall, since friends had recommended it. But it was quiet — except for a voice he recognized from the past: “Do you know the Lord today?…”

Maggie’s love had motivated Lucas to try to act like a Christian, but it was the Holy Spirit and Pastor that finally made him give his life to Christ at what had become the Eleventh Street Church. Lucas met the power of God through the ministry of Pastor. Pastor had no formal theological training, but it was obvious the Holy Spirit had called and equipped him.

We follow Lucas’s life and the life of Eleventh Street Church through three very different pastors. After Pastor’s death there was a gradual transition as new members joined the church and and older ones left. It becomes apparent to readers that the third pastor of the church after Pastor retired is a wolf in sheep’s clothing who is leading the flock astray.

This book’s message is relevant for today’s church.  Often pastor search committees may be more interested in a candidate’s advanced degrees and administrative abilities than in his dependence upon God. So many churches today that want to grow look to new music, new methods, and even new doctrine, to attract new members. They sometimes begin to depend more on these new ideas than on the Holy Spirit.

What happened to the Eleventh Street Church could happen to any church that begins to depend upon and follow a charismatic leader more than Christ himself. This thought-provoking novel will be of most interest to Christians.

Agnus Hopper did not move to Sweetbriar Manor retirement home willingly. But when her forgetfulness causes the home she had shared with her late husband Charlie to burn down, she became homeless. She moved in with her daughter, Betty Jo, but Betty Jo could only handle that for three months. She then took Agnus to Sweetbriar, assuming that she would make friends and soon be happy there. Agnus knew better.

Within a few days Agnus knows something is very wrong with Sweetbriar and that the manager is hiding something. She is determined to find out what is really going on as she gets to know the other residents. She is especially concerned about her best friend from high school, Pearl, who no longer recognizes her.

Throughout this book and its sequel, which I’m still reading, you’ll meet a quirky cast of senior citizens trying to make the best of where life has put them. Agnus and her friends do their best to bring down their crooked manager so they can live in peace. In the sequel, Agnus finds the body of one of her husband’s friends not far from his grave.  She is determined to find out who killed him and why. 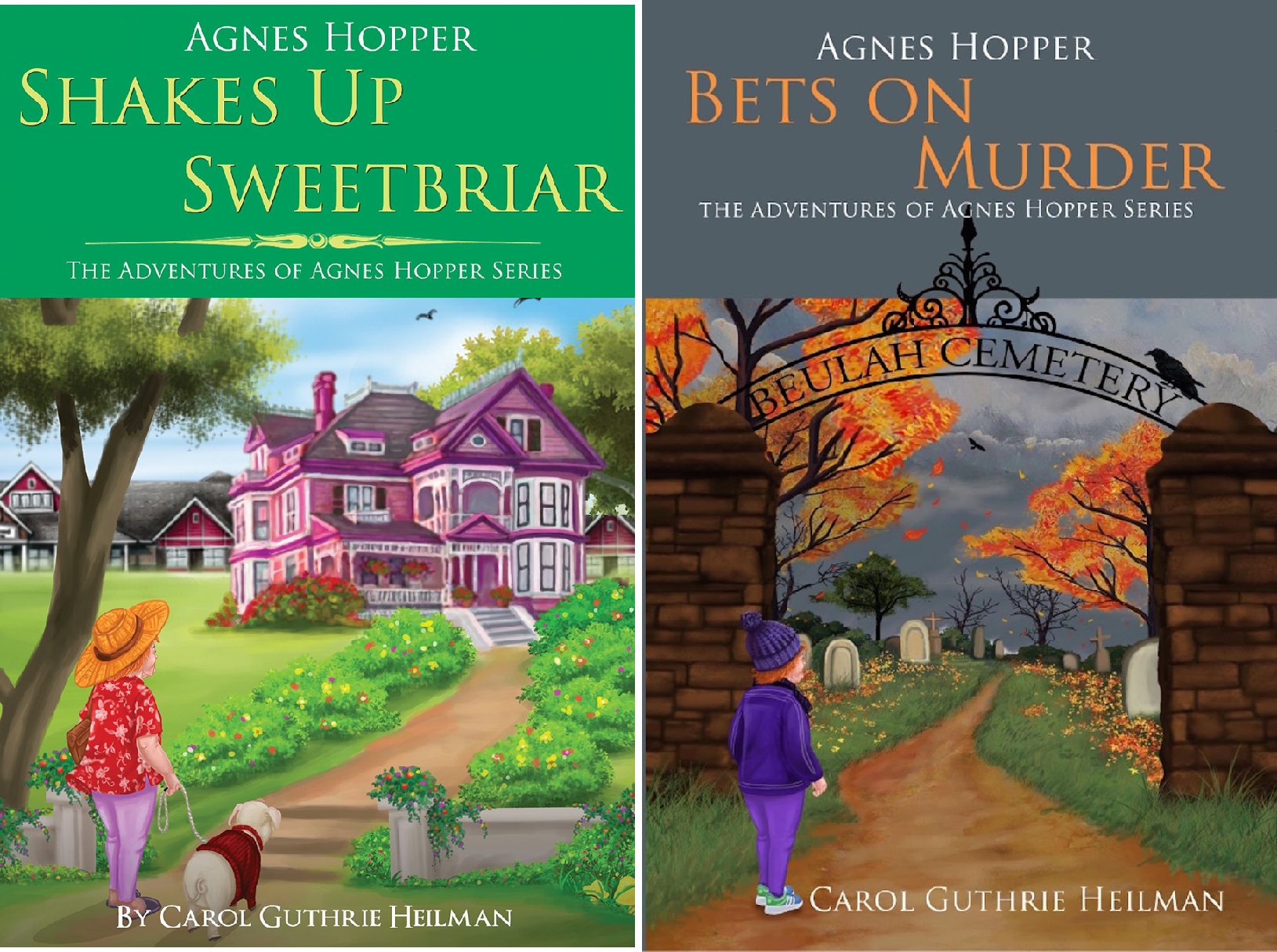 I’m trying to make the most of my trial Kindle Unlimited membership. Most of the books I’ve read this year were free to read on KU. If you read a lot, why not try it? Just click here for your Kindle Unlimited trial.