I’ve had time to read two books since I last posted here. In each, life deals a woman a hand of adversity she must play.  Of the two, the book I liked best was the memoir of a military mom, first published in 1958 —  Rough Road Home: A true and moving story of one woman’s courage under adversity.  Melissa’s  grief and loss are sudden and unexpected.  The trials of raising her mentally deficient child are constant.

In the second book, a novel, Valencia and Valentine, a woman struggles through adulthood with  OCD.  She, too, lives with loss, but also struggles with guilt.

In 1950 Melissa and her husband Bob were living at Fort Monroe in Virginia with their four children in barely adequate housing. The oldest children were eight-year-old twin boys, one of whom would always have the mental abilities of an eighteen-month-old child. That would be Mike. Pat was his normal twin brother. The middle child, son Chris, was six, and daughter Kitty was three. Mike couldn’t talk, but Kitty made up for it.

As the book opens, Bob learns from his higher-ups that Mike is being kicked off the post. Bob is about to be sent to Korea. Mike goes temporarily to live with Melissa’s parents as Melissa and extended family members go to prepare  a dilapidated farmhouse for occupancy. She had been planning to move somewhere isolated with the children while Bob was in Korea — somewhere Mike couldn’t get into trouble. She had bought the small farm in Vermont. Here’s how she describes the house:

It was a haphazard house painted a tired lemon yellow with windows scattered casually wherever needed or convenient. It had the comfortable settled-down look of old Vermont farmhouses, no line exactly horizontal or exactly vertical, but “more or less”….It was everything an army barracks is not.

Longin: The Friend Who Was Family

Longin was an honorary member of the family. He was Polish. His own family had been wiped out during the war. He was in a German labor camp when Bob’s unit liberated it in 1945 and he became a displaced person. Bob had befriended him and helped him get a visa and transportation to the United States. 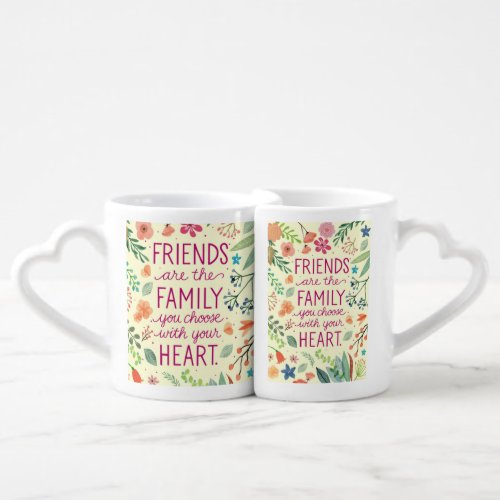 Once home, Bob was stationed at Fort Knox and Longin moved in with them to help with Mike. Bob treated Longin like a younger brother. When Bob was transferred to Fort Monroe, Longin joined the paratroopers.

After Mike went to live with Melissa’s parents,  Bob and Melissa had two months at home without him. Bob and Melissa grew closer, and Bob could spend quality time with his remaining sons. Then the Army sent Bob and some other officers on an inspection trip to the West Coast and their plane crashed. There were no survivors.

Longin, who was stationed at Fort Bragg,  got a three-day pass to drive Melissa and the children to Melissa’s parents in New Jersey where they  stayed until they finished making the the complicated funeral arrangements . His three-day pass extended into a month’s emergency leave.

Then Longin and Melissa drove to the farmhouse so they could work until the funeral.   When they got there they discovered how much needed to be done. The furnace and sink needed replacing and new wiring had to be put in. The house was in such bad shape it wasn’t fit to live in.

A few days later Melissa and the boys  with other family  members went to the funeral at Arlington Cemetery. Longin stayed behind to keep preparing the house for human habitation. Some of the neighbors also helped. Soon after the funeral was over and the family returned home,  Melissa discovered she was pregnant. Melissa was happy to still have part of Bob with her. Longin went home and extended family came to help every weekend.

Life on the Farm

As the family tried to settle in, more and more of the house began to fall apart. The pump broke, the roof leaked, and the house sagged so badly they couldn’t shut the front door. The workmen she hired fleeced her. She wrote to Longin that things were out of control.  He got a compassionate discharge to come and help. I was amazed at how many handyman skills he had.

I will not go into all the details of the hardships they faced and how they solved their problems. Handling Mike was one of their biggest problems because there was no way to teach him. Back then there was no help for children with such severe disabilities. He could not go to school.

What I Learned from Reading This Book

The author’s style was delightful. Melissa was resourceful, brave, and hard-working. So was Longin. The family was closely knit. You’ve probably already guessed that by the end Longin would marry Melissa.

I would recommend this book to anyone facing adversity, to new widows with small children, to military families, and to anyone else who enjoys memoirs and a well-written story about the triumphs of real people over what life throws at them. Although there is sorrow and loss, the book is also laced with laughter and plenty of love.

The Rough Road Home is primarily about overcoming grief and physical hardships.  Valencia and Valentine by Suzy Krause is about living with Obsessive Compulsive Disorder and retreating to an imagined world.

We first meet Valencia at work in the West Park Services Call Center where she is a very unhappy debt collector. The first thing we learn about her is that she ‘didn’t think about death too often.’ Ironically, death is almost all she thinks about.  Her imagination  frequently focuses on how, when, and where she might die. That’s one reason she is afraid to fly. She regularly visits her therapist, Louise.

Here’s how the author describes the call center:

The only sounds in the building were shuffling feet and hundreds of hushed, one-sided telephone conversations. . . . Everyone seemed either uneasy or bored. . . it was less like a penitentiary and more like a hospital; you got a feeling of dread in your stomach when you walked in. You got the sense that that people inside were all sick or dying or dead.

Mrs. Valentine Also Thinks about Death Too Much 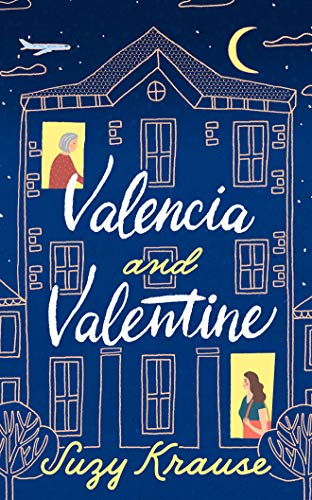 She’s eighty-seven years old and lives alone in her apartment. Her best friend Mrs, Davies lives across the hall from her and is about the same  age. They have been friends for many years and call each other by their last names to remind themselves of their dead husbands.

As the book progresses and we learn more about Mrs. Valentine and her memories and flashbacks, we begin to suspect she and Valencia have or will have some sort of relationship to each other. Both are bored with their lives, think about death a lot, and have a vivid imagination.

Saying  more about this book could spoil the ending for anyone who actually reads to the end. This book was free as my Kindle First Read this month. I wish I had chosen a different one since this book was  a bit too far out for me to relate to. If you read it, your opinion might be different.

I was sick when I read it and that might have influenced my response to the book. I just couldn’t get interested in wallowing around in all the obsessive thoughts about death. One-sided conversations with people who don’t exist don’t thrill me much either. I finished the book, but it fell flat. I could not connect with it and  I found the constant back and forth between the lives of Valencia and Mrs. Valentine confusing.

The Rough Road Home held my interest all the way through. It provided an example of a close family working through very difficult circumstances and not giving up. Best of all, it was true.

Valencia and Valentine showed me what unhealthy minds and relationships look like. I’m glad it was fiction. I wish it had been more interesting. The plot is like a yoyo between Valencia and Mrs. Valentine as they live out their compulsions, fears, and relationships. Nothing  much changes for what seems like forever. When we finally learn the truth at the end, it doesn’t really surprise us much.

Melissa in The Rough Road Home showed the sort of strength and spirit in adversity that helped her overcome her great losses. In contrast, in Valencia and Valentine we see a crippled spirit whose friends are imaginary.  She obsesses about death daily and considers continuing to live an accomplishment .  She knows she is reinventing her life history with her made-up stories and that the people she often talks to are rarely real. But they are real to her because her mind makes them real.

Both Melissa and Mrs. Valentine are widows. Melissa has a real life and tackles making what’s left of it work in spite of the adversity. Mrs. Valentine has feared death and adversity all her life. She is a fictional character who manufactures her own fiction to make her life liveable. Maybe you will enjoy Valencia and Valentine more than I did if you want to give it a chance. It is one of Amazon’s best sellers,  and many readers gave it glowing reviews.

Or if you want more realistic information on OCD one of the books below might be a more interesting read.

Brain Lock, Twentieth Anniversary Edition: Free Yourself from Obsessive-Compulsive Behavior Overcoming Unwanted Intrusive Thoughts: A CBT-Based Guide to Getting Over Frightening, Obsessive, or Disturbing Thoughts Overcoming OCD: A Journey to Recovery Turtles All the Way Down