I have loved books for as long as I can remember. I not only had parents who read to me, but there were two single teachers in our extended family who were nearing retirement when I was growing up. Cousin Edna, my first cousin three times removed,  treated me like a grandchild, since she had no children. Her roommate, whom we called Auntie Lucile, taught science, and treated me like a niece. They both liked to read to me on our Sunday visits, and they made sure I was always supplied with books.

They knew me well, and always chose books I enjoyed. I’m glad that there were no media inspired series of books being published when I was a child in the 1940’s. Instead I got imaginative stories that my family read to me — until it appeared I was getting ready to learn to read for myself. The only series I read a lot of when I was approaching school age was the Little Golden Books Series. If I had to choose a favorite from it, it would be The Poky Little Puppy

I think most children can identify with this curious little puppy who is interested in everything he sees and hears, and always stops to investigate, even though it makes him late for dinner.

The books in this photo came from my Cousin Edna, I absolutely loved Amanda, the story of a kind snake. She had polka dots, wore a ribbon in her hair and a necklace, and on the tip of her tail was a golden bell.  Amanda was helpful to everyone. I can still visualize the illustrations by Wolo (Wolf Von Trutzschler) after 67 years. This featured illustration was scanned from my well worn first edition that had been read countless times.

Amanda goes in and out of print. See which Amanda editions are available now at Amazon

.  As I searched for them, I discovered Wolo also had a series of animal stories I had never known about before I did my search. I’m sorry I missed them. You can also often find Amanda on eBay.

For me, Mother Goose will always mean the verses I saw in the anthology pictured above, collected, arranged, and illustrated by William Rose Benét,  whose illustrations now seem overly bright and somewhat gaudy to me. Some used and collectible copies can be found on Amazon

if you like the style or remember it from your own childhood. You can also find this edition on eBay. Children’s book illustrations have come a long way since the 1940’s. Some verses are timeless, even though some writers have tried to revise them to be more politically correct or to teach a particular religious view.

The third book, The Adventures of Old Mr. Toad, is one of a set of six I received for Christmas when I was six years old. It was another present from Cousin Edna. It not only taught me that toads have beautiful eyes, but the author, Thornton Burgess, also opened a whole new world of nature and wisdom to me. His animal characters wear human clothes and have human personality traits, but they also have the habits and characteristics of the wild animals that they are. 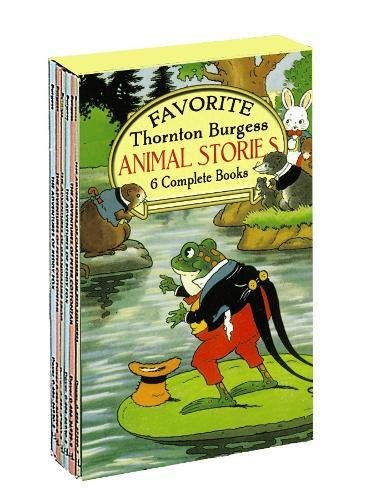 I love the new formats now available for the Burgess books. Some are even special annotated editions for home school families. 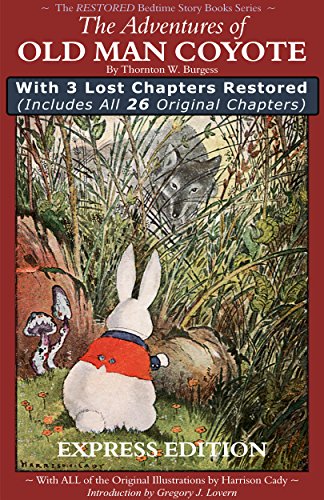 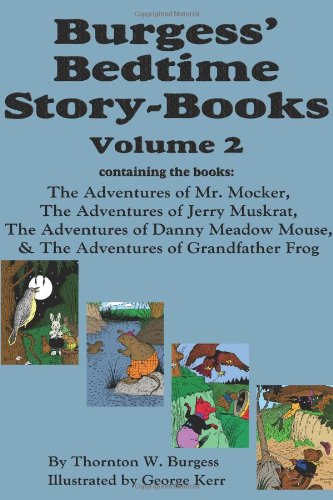 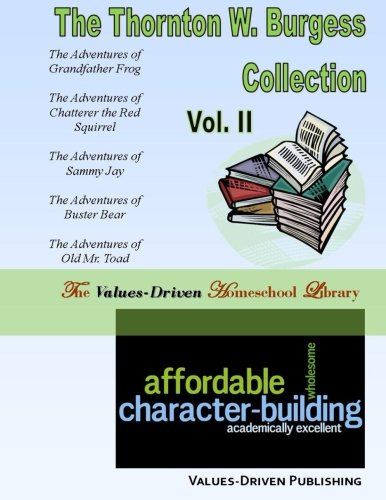 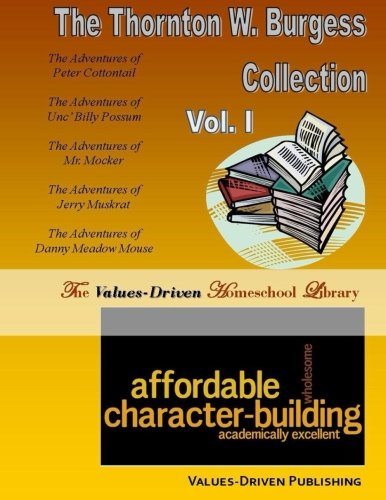 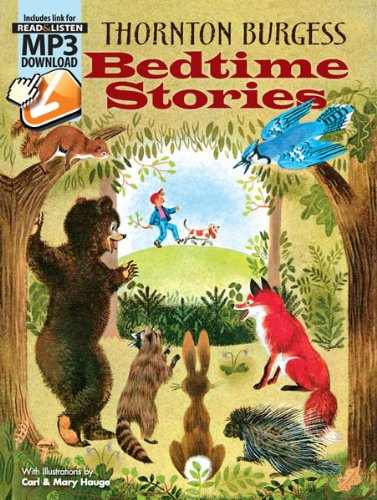 Burgess weaves these together to draw young readers into the world of the Green Forest and the animals and birds found there. Children can taste the fear of Chatterer the Red Squirrel as he runs from Shadow the Weasel and they will root for him as he devises his escape plan to make Shadow the hunted rather than the hunter. Chatterer was the first Burgess character I met, but I’ve never forgotten him. I devoured that first book and had all six read before New Year’s Day. I eagerly looked forward to each new book in the series. These books helped me learn to love wildlife. Here’s why I loved the Thornton Burgess books

I didn’t mind the morals in the short verses Burgess included. He was trying to help young readers realize there are natural consequences to teasing, stealing, and other undesirable behaviors. Here’s an example of his mild moralizing in prose as part of the story:

If he (Chatterer) hadn’t called Bobby Coon names that morning at the top of his voice, Shadow the Weasel might not have found him.

Early editions of my favorite books as I pictured them above aren’t easy to find today. I have given you links above for my Amanda and Mother Goose books if they interest you. The illustrations, along with which verses have been selected,  probably will determine which edition of Mother Goose your young bookworms will want to devour, and tastes vary. You can choose the Mother Goose

edition you like best on Amazon by looking inside the books.

Thornton Burgess books are much easier to find since there are inexpensive paperback versions still in print, collections of the books in slipcases, and story collections in single volumes. As I write this, Kindle editions of most of the original Burgess stories I mentioned here can be downloaded for free. I just think most young bookworms would prefer the paper editions or hardcover illustrated collections, such as this one: Burgess’ Bedtime Story-Books, Vol. 3: The Adventures of Chatterer the Red Squirrel, Sammy Jay, Buster Bear, and Old Mr. Toad

. It contains my four favorites in the series. You can also find many of the early editions of the Burgess books on eBay. I just saw my edition of Old Mr. Toad in the current listings. (7/15/2017)

I read so many books as a child that I’ve forgotten most of them. A few do stand out and are still much loved by today’s children. I will be introducing more of my favorites, including those still in print, as I have time, and they won’t be limited to children’s books. Soon I truly will have a buffet for bookworms laid out that will please the diverse fiction and nonfiction tastes of all readers, young and old.

For more reviews of children’s books and books for education, see Books to Remember, which is specifically devoted to them.